In other news: CVB Executive Director Kara Dense, with Delilah Dixon and Valerie Pritt, presented the Greenbrier County Convention and Visitors Bureau annual report to the city council as they have been making the rounds to all the municipalities in the county. She noted that Mayor David Smith is on the CVB board, replacing Doug Hylton in that position. Hylton passed away early this year. Ronceverte has a single inn within the city limits, which provides hotel/motel taxes to the CVB. Dense said Air B&B companies in the area are subject to the H/M tax but many of them are not paying their portion.

Bob Hazelwood with C.I. Thornburg Engineering said three bids for leak detection were received in a recent bid request. C.I. Thornburg came in the lowest with $20,995, followed by Match PT at $29,495 and topped by Core & Main, whose bid ran to $45,750. Council member Kathy King asked why the last bid was doubled. Hazelwood said the cost difference was due to different product lines. The low bid complied with the products as specified in the bid description.

Man shot near Caldwell, no arrests made yet 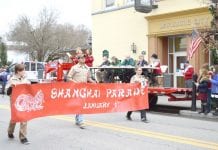 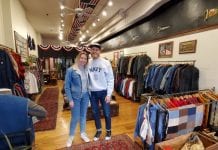